In January 2013 I was selected as one of thirty specialists from 2000 applicants for training as an expert contributor and presenter at the BBC. I have now completed BBC radio and television training at the BBC Academy, and am one of the BBC’s experts. 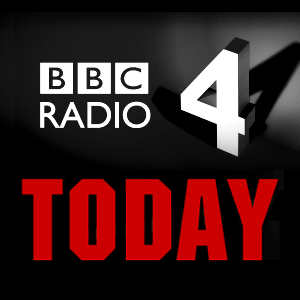 Since then I have made a package reporting on the complexity of alcohol for Radio 4’s The Today Programme, which was broadcast on 1st March 2013. The producer was the excellent Tom Colls.  You can listen to the audio file at this link http://www.bbc.co.uk/news/uk-21627080

On April 30th I researched and presented a BBC Radio 4 documentary:  Constant Cravings:  Does Food Addiction Exist.  The producer was the razor-sharp Rami Tzabar. You can listen to it here http://www.bbc.co.uk/programmes/b01s4g7v

I also wrote a news article for the BBC News website to accompany Constant Cravings, and you can read that article here http://www.bbc.co.uk/news/health-22336753

I’ve made over 30 contributions to television news, panel discussions and documentaries, on the subjects of alcohol and addiction.  Here’s a clip from A Royal Hangover, in which I was a key contributor A Royal Hangover

I have also contributed to Radio 4’s Inside Health.

And contributed to Radio 4’s Feedback

Here’s an audio clip from a podcast I did for BBC Academy’s College of Production  http://www.bbc.co.uk/academy/collegeofproduction/podcast/tv/expert_women_podcast  along with fellow BBC Experts Charlotte Connelly http://charlotteconnelly.com/ and Tina Miller http://www.social-sciences.brookes.ac.uk/staff/prof.asp?ID=31.  I enjoyed working with you again, ladies.

Key contact for Institute of Psychiatry Addiction dept for queries about women and alcohol. Recent

1987:  The Money Programme, BBC2.  Interview as an undergraduate about motivations for joining the City.

1991:  The Works, ITV.  In depth interview as an investment banker on workplace bullying and being fired.

1995:  Interviewed by Joan Rivers on  “Shall We Shop” in the US, about using British qualities to sell in America.

1994:  Promotional video for the UK government (then) Department of Trade and Industry.  “North America Now”.  Featured as the front person of a UK business  case study on a 20 minute video.

As an undergraduate officer of the Oxford Union Society in 1985 featured in Daily Mail, Sunday Sport and various others.  In New York 1993 – 1995 featured in the Wall Street Journal in a front page article, New York Times, and interviews with specialist press, including retail and marketing.

Central TV, 12 months in production roles including researcher and floor manager.  Programmes included the  ITV Telethon and The Time, The Place.